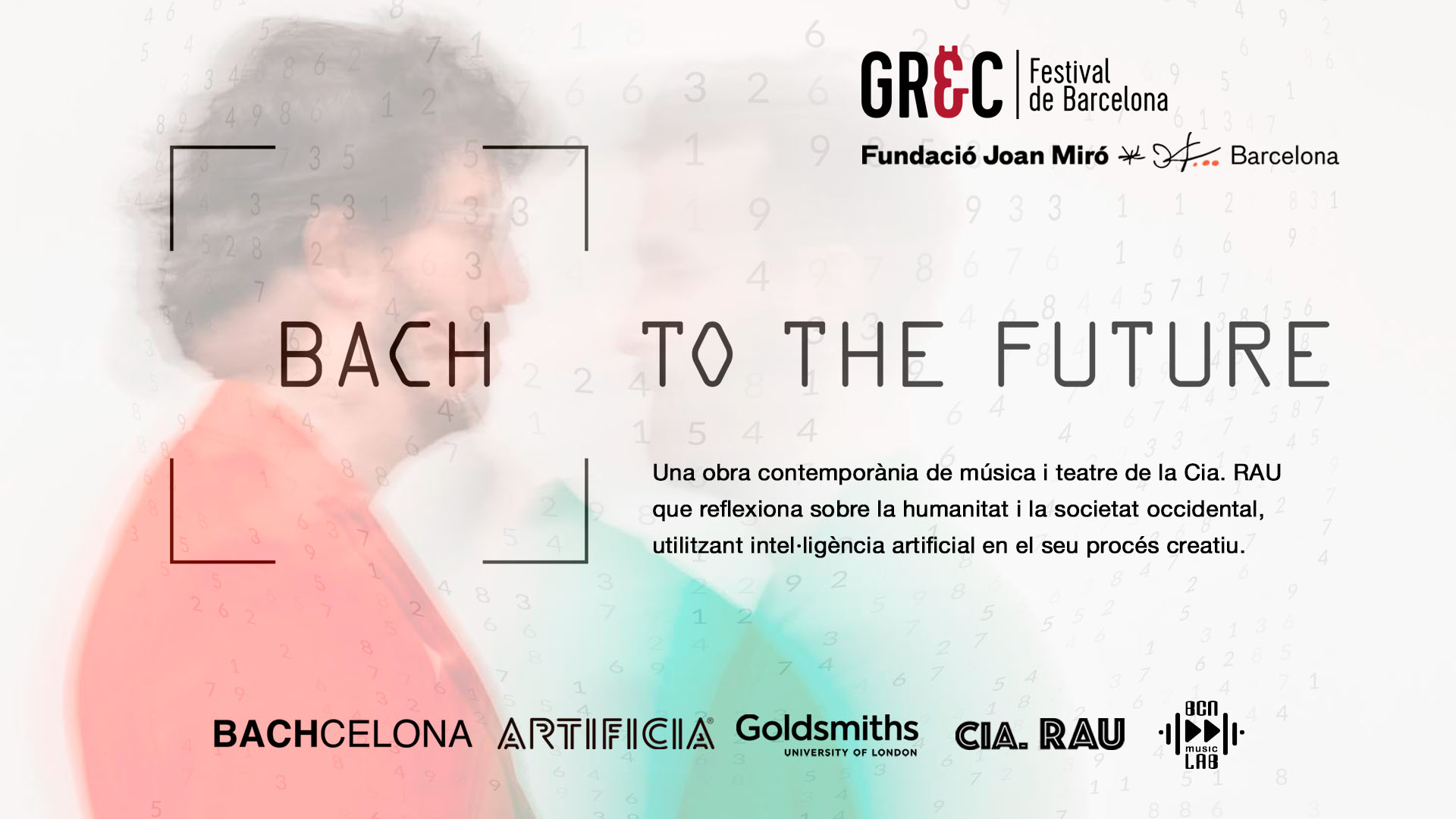 The Bachcelona Festival is been awarded the Premi Ciutat de Barcelona de Música 2021 on account of the significance of its programme and performers; on account of its range of audiences, venues and formats; and on account of its ability to strengthen affinities with various stakeholders from the cultural and social ecosystem of Barcelona.

‘Bach to the future’ is a proposal for interdisciplinary contemporary creation, music, theatre and technology, which will reflect on humanity and Western society, using artificial intelligence in its creative process and as an art form.

This artistic discourse will be developed hand in hand with the two main elements of the garment. On the one hand, the figure of Johann Sebastian Bach, an essential composer of the 18th century, represents art and humanity, the ego and transcendence, family and society, mourning and mystical belief. On the other hand, the work of sound and visual creation developed with artificial intelligence, which will act as a counterpoint for all the fundamental reflections on humanity: communication and language, creation and art, cruelty and kindness, sexuality and definition of gender.

A project by Cia. RAU and Lo Desconcert with the artists Carles Marigó, Sara Cubarsi, Jaume Sangrà and Estel·la Franquesa. Produced by the Bachcelona Festival. In collaboration with ARTIFICIA, together with Mark d’Inverno, professor of Computational Science, and Matthew Yee-King, academic in the department of computing, from Goldsmiths, University of London. Supported by Barcelona Music Lab.

The event will premiere at the Joan Miró Foundation, a unique location in Barcelona, during the Barcelona Grec Festival.