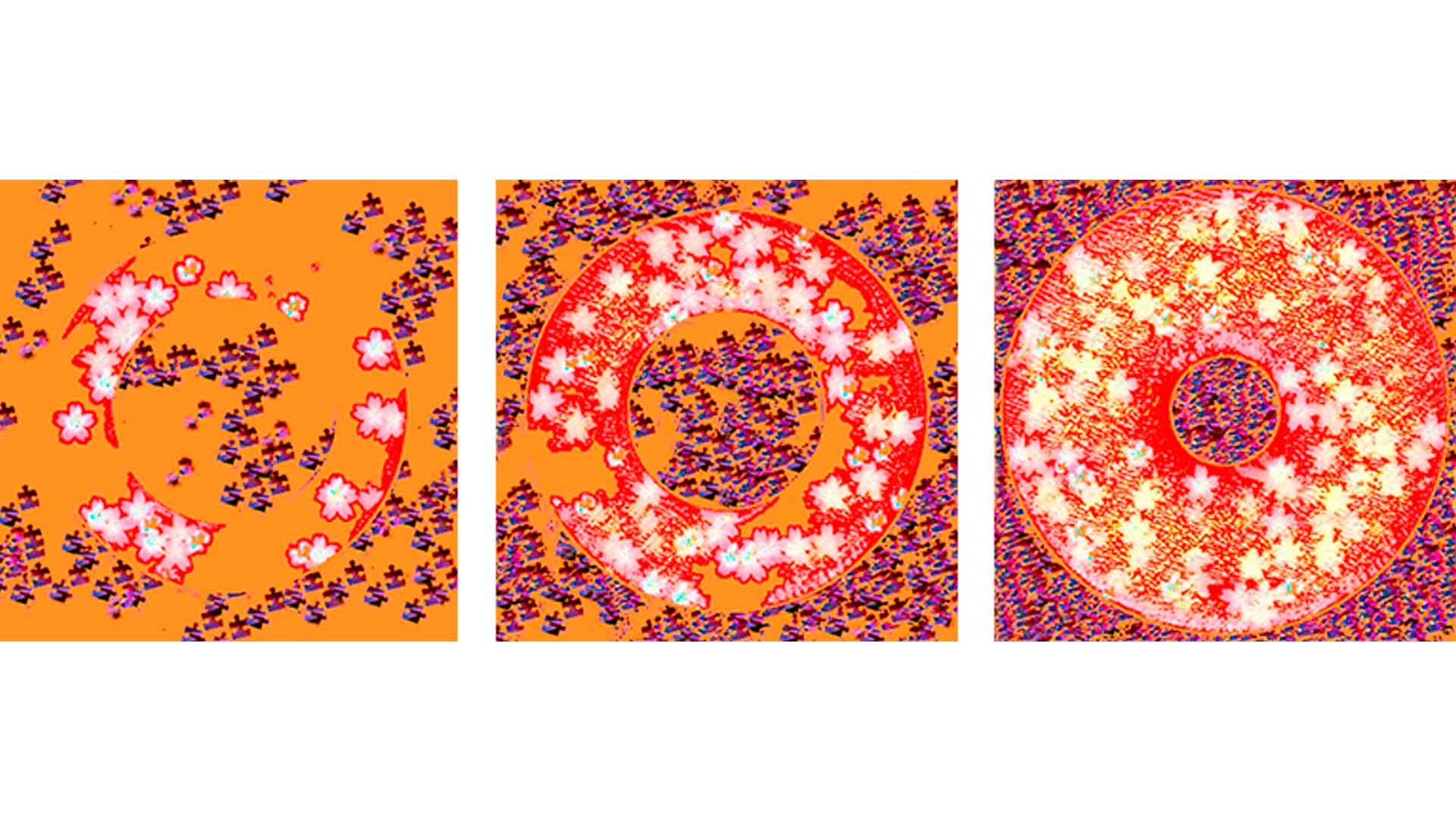 Art and creativity have been influenced and reexamined by the introduction of Artificial Intelligence techniques in art practice, creating new debates around the consideration of such systems as creative entities, or as an additional tool that amplifies and channels creativity, in a similar way to a brush or a camera.

Growing Pictures is a project being developed by Cristina de Propios and David Estévez, a team of researchers in art and artificial intelligence, that applies for the first time a novel artificial life technique, called Neural Cellular Automata (NCA), to two different artistic applications: creating «living canvases», and developing brush-like tools able to generate autonomously their own textures when used.

In the case of the «living canvases», NCA allow the artist to «grow» works that are dynamic, alive, and whose pixels have the ability to coordinate and organize themselves autonomously to generate patterns and images, creating the work of art by themselves. Additionally, NCA support the creation of brush-like tools whose brushstrokes become alive once imprinted onto the (digital) canvas, arranging themselves autonomously to form textures.

Their experiments with NCA are contributing to the exploration and research of new types of creativity and art made with and by machines.