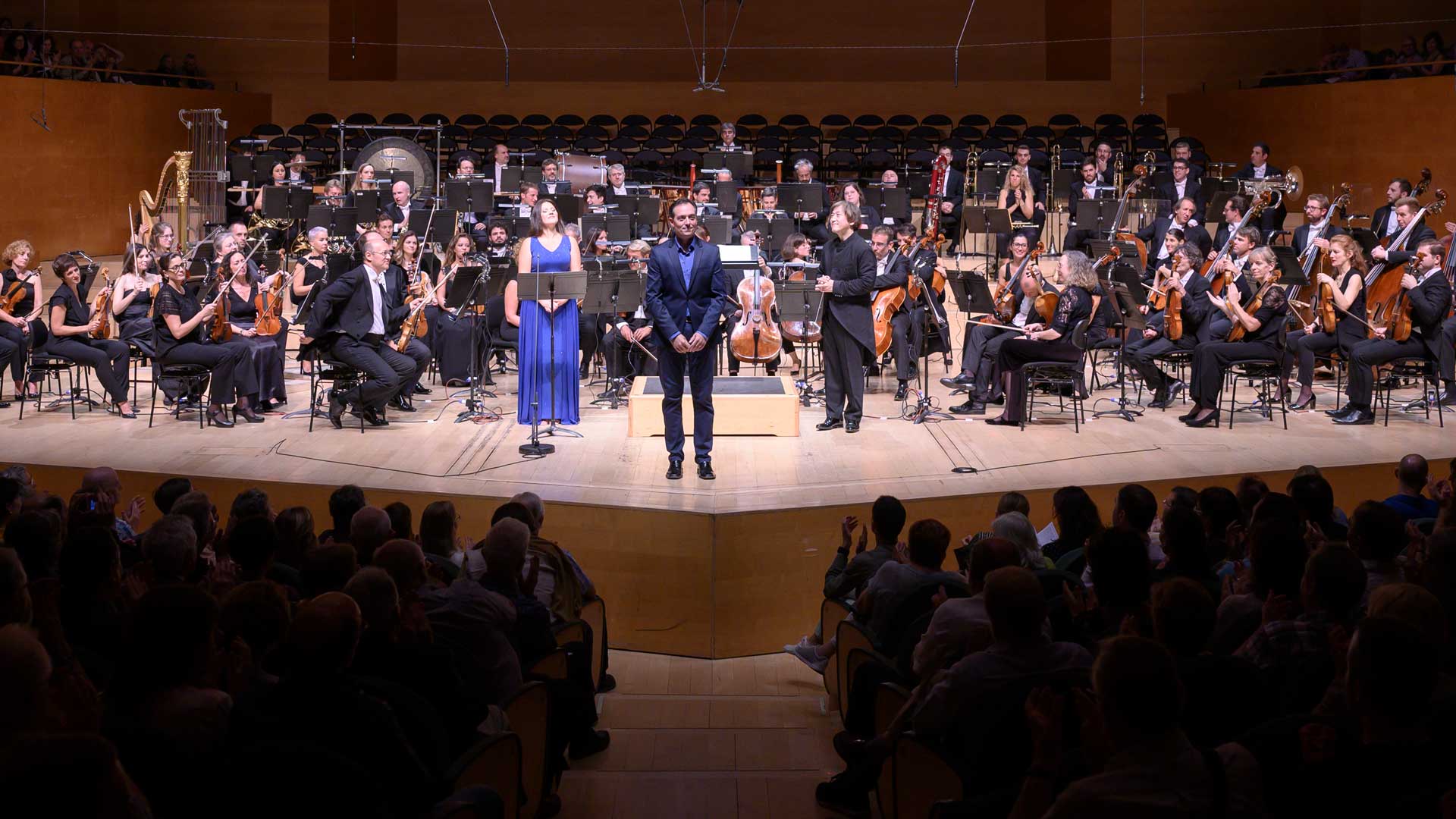 Human Brother for soprano and orchestra is a one-movement work based on the composer’s text Prayer for the human brother. Explores the relationship between humans and artificial intelligence.

The soprano solo plays the role of a “feminine” artificial super-intelligence coming from the future to pray for humanity, a manifest to recover the humanism that we have lost.

In this work some of the orchestral motifs, melodies and texts are generated by algorithms in an artificial way and transcribed to the score. Liturgical references to the Gregorian chant have also been created using artificial intelligence.

This has been possible thanks to cooperation with the Barcelona Supercomputing Center and the Dr. in physics Artur García-Sáez, who has achieved that Artificial Intelligence produces music from orchestral compositions created previously by Ferran Cruixent.

“We are at the dawn of a new generation”. Musicians are required to perform using special techniques, such as ‘Cyber Singing‘ (used for the first time in 2010 in Cruixent’s symphonic work Cyborg). ‘Cyber Singing’ is a digital voice that comes from the musician itself, and introduces a new possibility of interaction between the composer and the musician, thereby enabling genuine communication to be attained. The mp3 audio file prepared by the composer himself is played by the musician from his own mobile phone, a device commonly used for other purposes.

The epilogue of the work refers to Seikilos epitaph, considered the oldest surviving complete musical composition, including musical notation, from anywhere in the world, and dated between 200 b.C. and 100 a.C. On the tombstone, the following inscription can also be read: “I am a tombstone, an image. Seikilos placed me here as a long-lasting sign of deathless remembrance.” The Seikilos’s epitaph, in this context, also symbolizes a metaphor of Greek culture, which already raises the relationship between man and machine over 2000 years ago.

Ferran Cruixent is a composer and pianist who lives near Barcelona.
He studied Piano and Music Theory at the “Conservatori Superior de Música de Barcelona”, completing his studies in 1999. At the same time he also studied violin, acoustics, counterpoint, fugue, and singing. Following these studies, he studied both Contemporary Composition and Composition for film and TV at the “Hochschule für Musik und Theater München” (Germany), finishing with a Master Class Diploma in Contemporary Composition in 2006.