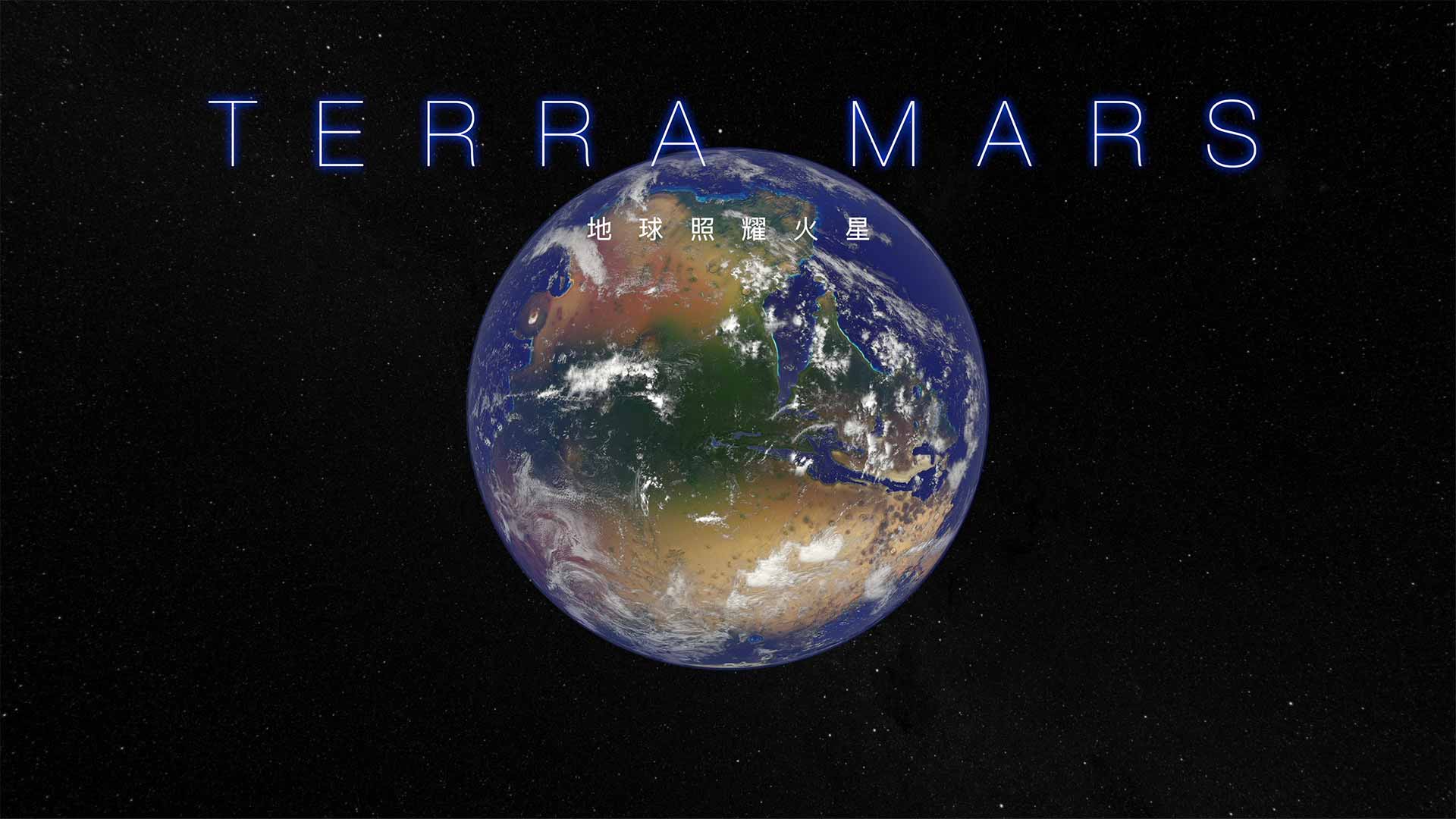 Through poetic use of artificial intelligence, the Terra Mars series provokes people’s contemplation on an interplanetary level. It presents artistic renderings of Mars with visual reference to Earth (Terra Mars), and our very own planet with visual reference to its red sibling (Martian Earth). For Terra Mars, an artificial neural network was trained with topographical data and satellite imagery of Earth so that it can learn the relation between them. The trained model was then applied to topographical data of Mars to generate images that resemble satellite imagery of Earth. Vice versa for Martian Earth—a neural network was trained with Mars imagery and used to generate an imaginative version of Earth.

Through this series, the artist is trying to ask a few open questions: What does the image of the “blue planet” mean to humanity? If images of our planet arouse people’s poetic emotions, would an alien planet that resembles our own arouse the same feelings or different ones? Would a Mars-like Earth be a future that we’ll have to face if we’re not going to manage the climate change? You are welcomed to interpret Terra Mars and Martian Earth from various perspectives.

To the artist, the most intriguing aspect of this AI-based creative approach is the seemingly contradicting assessments we can make of the generated planet imagery—based on astronomical facts, the generated visuals are by no means scientific, but on the other hand, they were created by inferring solid logic learned from precise data by meticulous and tireless AIs. This is not an approach that can be carried out by a human artist alone. Therefore, the artist would like to claim that AI is the new imagination. Its unique capabilities such as remapping between domains should inspire and support artists to create artworks the world has never seen.

Weili creates unconventional experiences to provoke people’s consciousness. While most of his works involve substantial use of technology, he always tries to infuse them with a dose of Zen mindfulness. Among his works are Chinese shanshui (landscape) paintings generated from the information of all the buildings in Manhattan and AI-powered artistic imagination about Earth and Mars with visual reference to each other. Artworks of Weili have been exhibited in National Museum of China, New York Hall of Science, Ars Electronica Center, and Science Gallery. Weili has presented his art projects in international conferences including SIGGRAPH and IEEE VIS, and has published art papers in academic journals including Leonardo and IEEE Computer Graphics and Applications.