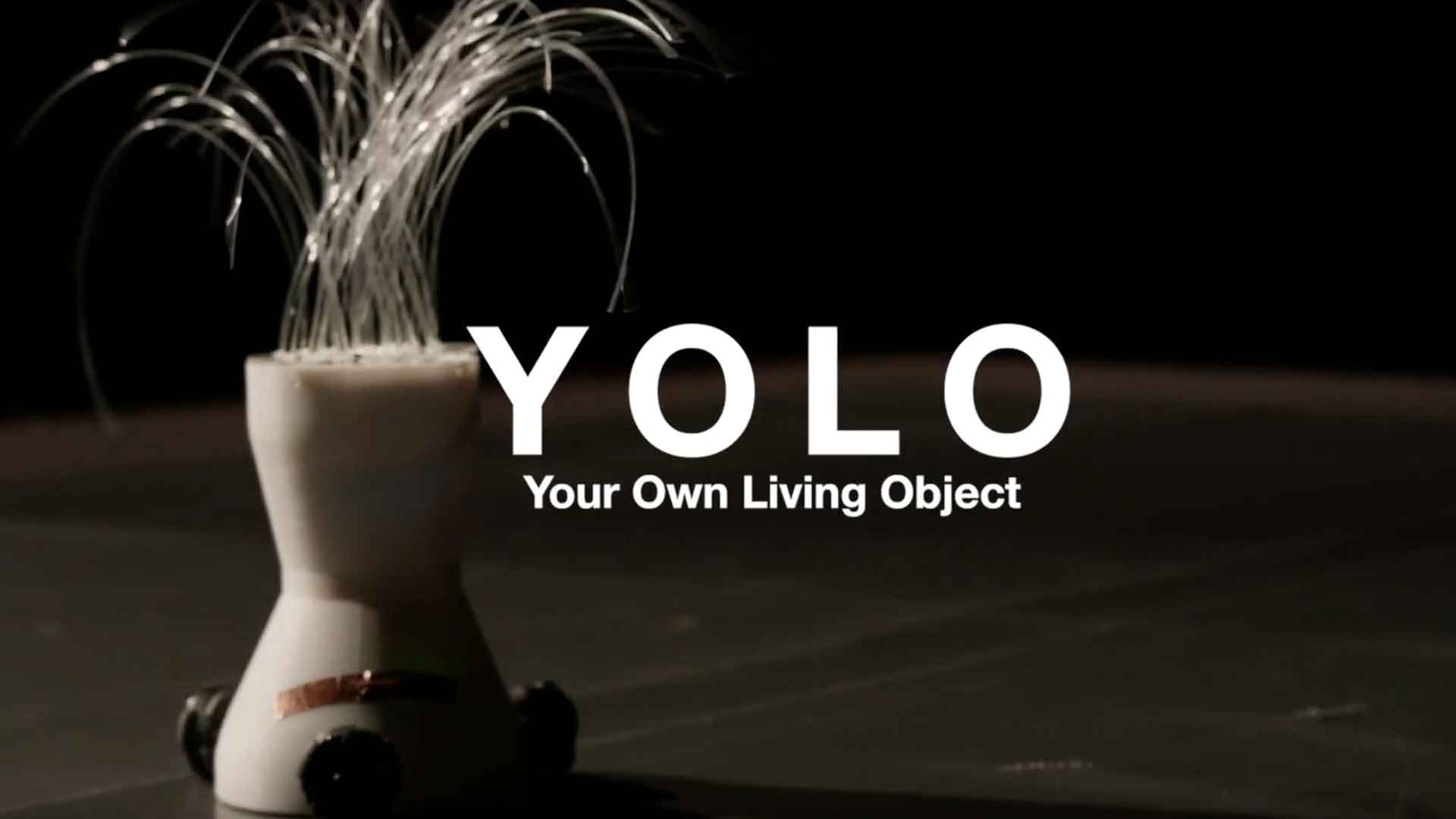 The Robot-Creativity Project explores how robots can be used in creativity work. This project encapsulates the idea of creating robots that can unleash, extend, and empower existing human capabilities, such as the ability to be creative. Until now, the idea of robots could serve creativity contexts appears as a clash of contrasting mindsets: how can a robot, an artificial entity associated with precision and repetition, be associated with the novelty, enchantment, and the “aww” feelings of creative tasks? This project aims to precisely defy the role that interactive robotic technology can have in our lives. In the scope of this project, we built the YOLO robot as a creativity-provoking tool. YOLO, a short name for Your Own Living Robot, is a small robot creature that can exist in every home. This robotic toy promotes unstructured play between children, evoking divergent and convergent thinking processes, which are essential parts of creative cognition. Our minds are shaped by the types of tools that we use. By providing children with a robot that can nurture their creativity, this project amplifies the set of tools available to shape our minds, and hence, our future societies.

Patrícia Alves-Oliveira, Ph.D., is a researcher in the field of Human-Robot Interaction. Her passion resides in developing interactive robotic technology that serves new ways of living and growing. Patricia is particularly interested in using robots as new tools to empower human capabilities, extend human connections, and support life transitions. Currently, she is a Postdoctoral Research Associate at the University of Washington in Seattle, working in the Human-Centered Robotics Lab at the Paul G. Allen School of Computer Science and Engineering.